In the early 1990s, GEDNAP, an acronym for the German DNA Profiling Group, was commissioned to carry out proficiency tests for quality control in the fields of forensic DNA analysis by the Stain Commission, the Joint Commission of German Institutes for Legal Medicine and Forensic Science, and for the first time, with the support of EDNAP (the European DNA Profiling Group – a working group of the International Society for Forensic Genetics [ISFG]).

Initially, the proficiency tests were carried out on classical serological systems and were organised by the Institute of Legal Medicine of Hannover Medical School. After the introduction of DNA systems, the Institute of Legal Medicine at Münster, at the time headed by Prof. Bernd Brinkmann, was commissioned to carry out the DNA proficiency tests by the Stain Commission. After becoming a professor emeritus on 1 August 2007, Prof. Brinkmann continued to carry out the GEDNAP proficiency tests in his capacity as director of the Institut für Forensische Genetik GmbH (Institute of forensic genetics Ltd.). The GEDNAP proficiency tests are carried out to give participants the opportunity to undergo regular external quality control, the results of which are documented in the form of a certification. This certification can be used by the participants to prove that they have successfully typed a DNA system.

The proficiency tests take place twice a year. The participants receive three reference samples, along with 4 artificially produced stains, which are intended to simulate all the kinds of stains that arise in case work. The samples are made up of a maximum of three people. The stains used include saliva, blood, and semen (as well as mixtures of these stains). While the participants were originally based in German speaking countries, an increasing number of participants from a variety of European countries have been added over the years, not least the members of the European Network of Forensic Science Institutes (ENFSI), which has made the GEDNAP proficiency tests its official proficiency test. 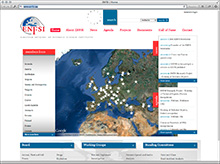 The website of the European Network of Forensic Science Institutes (ENFSI)